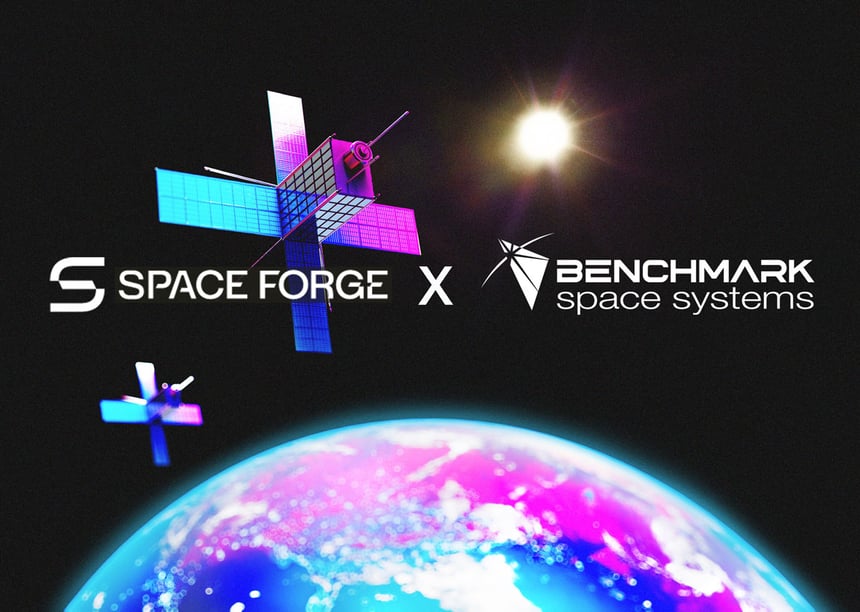 The agreement brings together two of the fastest growing space tech startups in the UK and US that share an energy and passion for pushing innovation to further drive the accessibility and sustainability of space.

Space Forge and Benchmark will co-develop reusable generations of Benchmark’s chemical propulsion systems to power Space Forge’s returnable and re-launchable ForgeStar satellites. The spacecraft can be deployed from conventional launchers to carry out in-space manufacturing then reliably return to Earth with pinpoint accuracy, propelled by a variety of brief and continuous thruster burns, to enable the delivery of products and materials made in space.

Space Forge’s in-space manufacturing leverages the weightlessness, ultra-high vacuum, and temperature extremes of space to create products impossible to manufacture on Earth. Benchmark will provide propulsion for the first Space Forge in-space manufacturing and return demonstration mission, known as the ForgeStar-1, aimed at proving out the ability to make products on orbit that offer unprecedented performance and efficiencies to reduce the environmental impact of Earth-based technology.

With a current technical staff of four in place, Benchmark expects to have seven to eight UK-based employees this year and has initially identified and secured production and testing space within the Satellite Applications Catapult facility at the Westcott Innovation Centre (WIC) in Aylesbury, England, home of the UK’s propulsion research and development. The company plans to begin producing and shipping propulsion systems to Space Forge in Cardiff, Wales and other customers throughout the European region later this year. 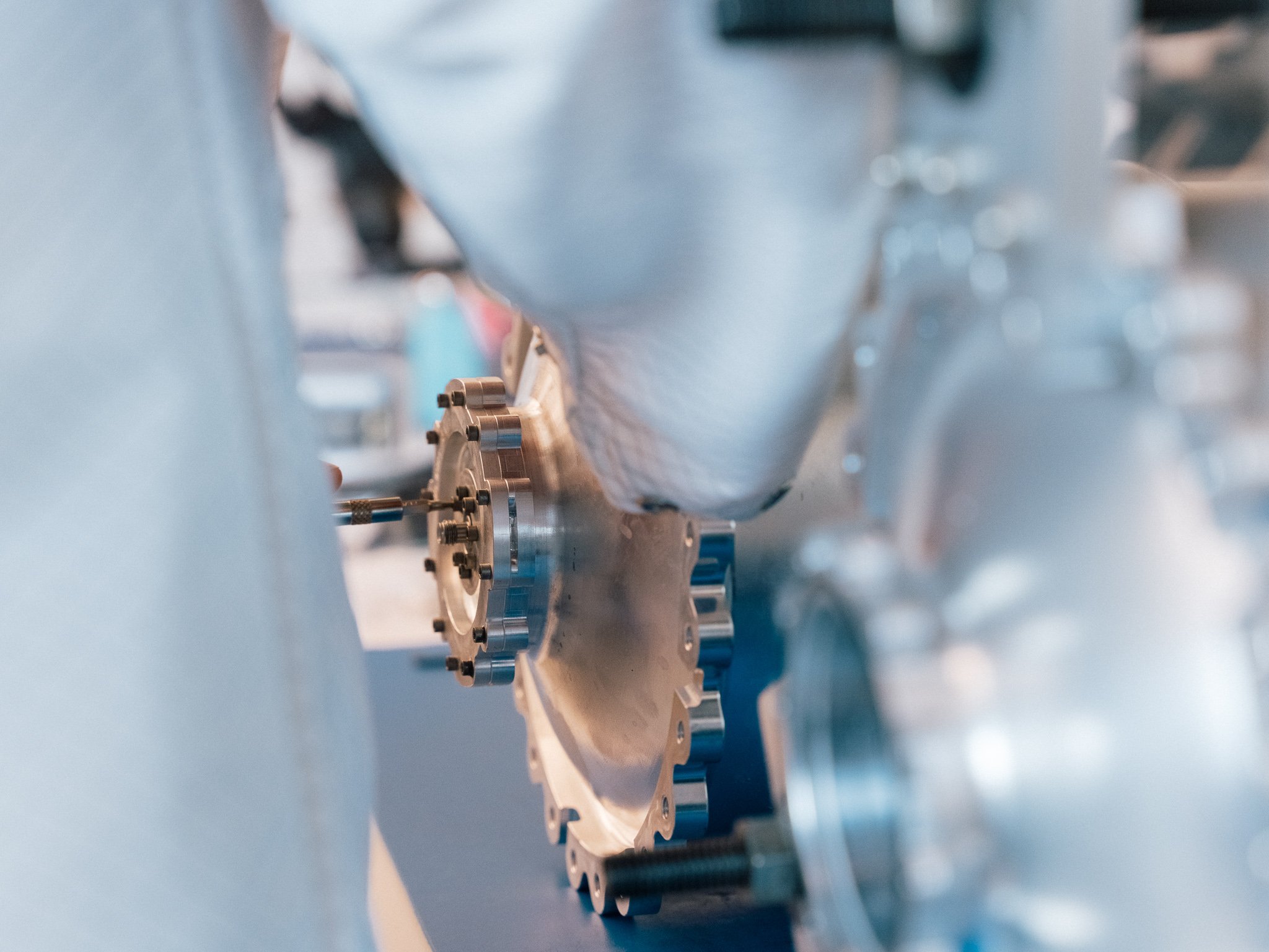 “Benchmark has kicked off its UK expansion with a landmark contract with Space Forge focused on the development and delivery of reusable propulsion systems to power breakthrough manufacturing capabilities in space,” said Mark Arthur, a space industry veteran who was named Director of European Operations for Benchmark last year.

“Benchmark is thrilled to bring our flight-proven propulsion platforms, tech, and relationships to the vital European space market. We will leverage our team’s expertise abroad and, in the US, to enable an exciting mix of missions designed to help our customers and partners around the world solve key challenges, such as in-space production, space debris and collision avoidance.”

“Space Forge is transforming the return of satellites and other vehicles from space to enable the production of revolutionary products in key markets that will benefit everyone on Earth, and Benchmark Space System’s proven propulsion systems are a key enabler of our in-space manufacturing mission,” said Andrew Bacon, Space Forge CTO and Co-Founder.

Space Forge CEO and Co-Founder Joshua Western commented, “Space Forge and Benchmark will be creating much of the empowering infrastructure for a new age industrial revolution that isn’t on Earth. We’re delighted to have them onboard for our missions.” 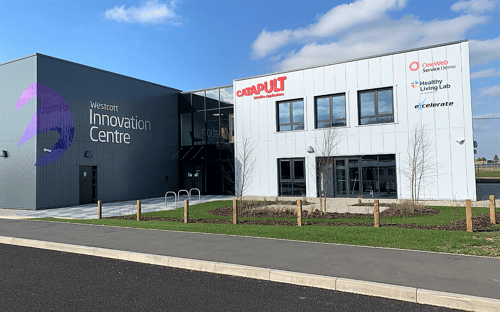 Sam Adlen, Chief Strategy Officer at Satellite Applications Catapult commented, “We’re delighted that Benchmark will develop their innovative propulsion systems at the Westcott Innovation Centre, and that we will be able to support their growth through our range of facilities and expertise. Benchmark is the latest company to join the thriving Westcott Space Cluster, and the site is re-establishing its historic importance as the home of propulsion testing in the UK.”

“Benchmark’s flexible and collaborative design approach to tailored propulsion systems has been well received across the UK space sector, much like it has in the US where we are tripling production capacity and doubling our team to build more than 150 systems over the next year-and-a-half,” said Ryan McDevitt, Benchmark CEO. “We are thrilled to have Mark Arthur lead our customer-centric business across Europe, where Benchmark will leverage our proven propulsion systems, trusted relationships with industry leaders, and our global presence to unlock new and exciting opportunities in the European market, which has been supportive of non-toxic propellant adoption.” 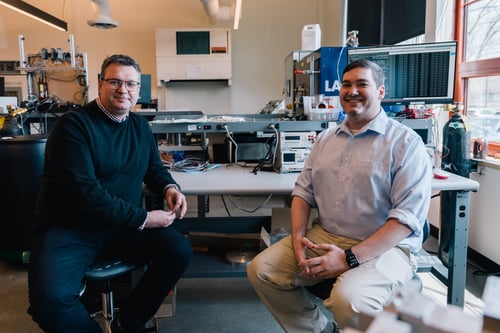 Mark Arthur, who heads up Benchmark’s new European operation, is a seasoned UK space industry veteran with deep engineering, management, and operations experience with a broad range of global space and defense companies, including Raytheon, SES, AAC Clyde Space and Airbus, among others. Arthur’s award-winning career spans three decades of innovative leadership, beginning with twelve years of service with the Royal Air Force. He is currently nominated for the 2022 Scottish Ex-Forces Outstanding Achiever of the Year Award.

Benchmark is engaged with multiple new space players in the UK and European market, including established satellite manufacturing and propulsion companies that are keen to explore the technical capability and benefits Benchmark propulsion systems and solutions bring to satellites, OTV, and even larger spacecraft and the new space economy and a broad range of LEO, GEO, and cislunar missions.

Westcott has played a leading role in rocket propulsion since 1946, with notable contributions including key input on designs for the Blue Streak missile and the propulsion systems on Chevaline. Until the mid-1990s, Westcott was responsible for the design and development of most of the rocket motors used in British guided missiles and research vehicles. Known as the Rocket Propulsion Establishment, portions of the Westcott Venture Park are on the site of the former RAF Westcott. Benchmark will build on the deep history of the region’s propulsion innovation with its collaborative co-development of reusable propulsion platforms.

About Benchmark Space Systems
Benchmark Space Systems is a full life cycle in-space mobility provider, delivering products and partnerships from mission planning through decommission. Founded in 2017 to develop green propulsion technologies and flexible product configurations to market, the team’s rapid growth and focus on the development and sustainability of a democratized space domain has resulted in a product lineup of turn-key propulsion systems for 3U cubesat through ESPA and OTV class spacecraft in LEO, GEO, and beyond. Benchmark’s patented and proprietary innovations focus on eliminating customer pain-points and increasing asset value for unparalleled ROI. To explore how Benchmark can help improve your mission, from rapid orbit insertion to advanced RPO (Rendezvous and Proximity Operations)

About Space Forge
Space Forge Ltd is a UK start-up on a mission to lead the clean industrial revolution by harnessing space. The company is developing fully returnable satellites that are designed for manufacturing next generation super materials in-space. In creating a reliable return, Space Forge will advance the expansion of the microgravity market for premium research and development applications by lowering the barriers to entry. The company is focused on R&D initiatives where dedicated return from the space environment can add a significant benefit, or overcome obstacles found terrestrially, to unlock new value and innovation.